Devise a themed assignment on a topic that interests you and in a field of photography with which you feel comfortable.

Use what you’ve learned to far to construct an effective workflow, all the way through to the final displayed image. Your work can be in the form of either prints or a web gallery.

List all the steps in your workflow with a commentary about what you did.

For this assignment, I combined it with the previous exercise on editing as I felt that I’d be taking a number of images that could be used for both and that the editing I undertake for the assignment would also be the logical order that I would use in the exercise: editing.

My themed assignment, and one which I tend to come back to on a regular basis is wildlife photography based on a day at the zoo, I’ve used this before in previous assignments as I am always looking to improve my animal and zoo images, and I think this will be something that I continue throughout my photographic career.

I’ve broken the workflow down into the different stages and then into the steps under each for this assignment, and this logic would be applied to any future event that I was planning to photograph.

I think that my workflow might differ from other peoples as I tend to break it down into very defined steps and maybe go a little too granular, but I like a clear path of actions to follow. With regards to adaptations, I have a couple for the way I take and produce my photographs. Firstly one adaptation is the time I spend selecting and editing, I tend to only delete the obvious ones to start with, then I tend to ensure I have gaps in between selecting and deleting in order to ensure that I don’t just get click happy and delete everything. While it does mean it takes a little longer and I tend to keep copies of the images for longer, sometimes I can have something that could work with some work, so instead of a tweak in Photoshop, I might look to convert it to black and white and add a crop for example. The second adaptation is how I review the images as I go along, I tend to take then check the image on the screen, and if it’s something that I really want to get right, and can do, I will try again. As my photography tends to revolve around a day long event, I ensure that I have a quick image review when I have a break, that way I’m still on location if I need to revisit something, although with animals it doesn’t always work- but it did on this day as earlier on, I couldn’t get a good composition of the cheetahs, later on as I was getting ready to head back they were sat out in the sun and still as statues! I also tailor my plan of the day depending to whether I’ve been to the location before, as regular visits tend to have a routine so I can go to where I want to be for the best images first.

My workflow current uses ZoomBrowser for viewing and then Photoshop Elements 9 for editing, I have used the Canon DPP software for editing, but I prefer Photoshop for the whole process. I am considering a move over to Lightroom, and was planning on purchasing this before I undertook this assignment; however I’ve decided to hold off with the introduction of Lightroom version 4 beta to see when a proposed release data will be for this. (Note since writing this post Lightroom 4 has been released and I am currently evaluating it with a view to purchasing it)

Out of the number images, I’ve gone through the editing process and these are my chosen seven images that hopefully show a different viewpoint to a usual animal in a zoo image.

I increased the blacks and the contrast to account for the fact that I took the image through glass, and then I cropped it slightly to focus on the sleeping animal.

I increased the blacks slightly, I left the rest of the colour tone alone and just added some sharpening as it was a soft image on the bat as it was moving around eating from the bowl. I like the silhouette and the colours as you don’t often see an image of a bat. At Chester flash isn’t allowed and I relied on low light and the yellow sunlight on one side of the enclosure to provide enough light for me to capture this image. 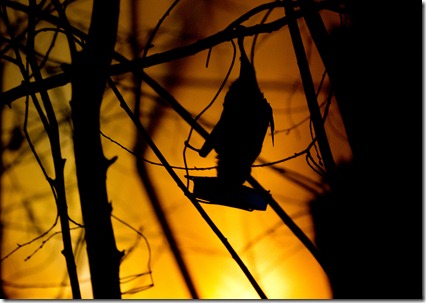 I increased the blacks and the contrast, then I cropped it to remove some of the out of focus grass in the foreground, but I kept some as its important to keep it in the right context and look like it’s a natural environment. I then converted it to black and white as I felt it worked better.

I increased the contrast slightly and the blacks, then just added some minor sharpening, and cropping the image to make it more focused on the animal.

For this I increased the saturation and vibrance, dropping down the brightness to remove some the glare that had come through the glass, and this gave a more even histogram. 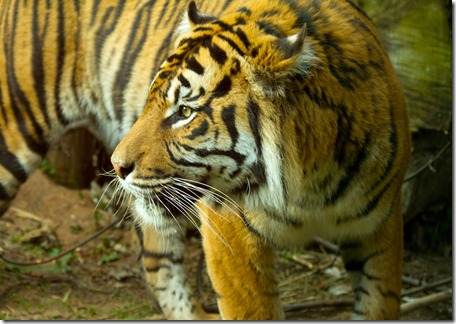 I increased the saturation and vibrance to bring the fur up to a more realistic colouring compared to what I saw on the day and increased the blacks to reduce the glare. While tempted to crop it, I wanted to keep the environment included.

I just increased the saturation and the blacks on this, I tried a crop but I liked the space around the subject as I feel that you look around the image to see the cheetah.